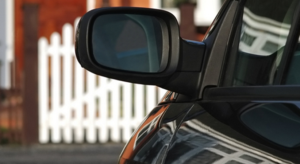 Technological developments in this century have rendered the most private conversations of American citizens vulnerable to interception and monitoring by government agents. The electronic means by which the Government can extend its “antennae” are varied: microphones may be secretly planted in private locations or on mobile informants; so-called “spike mikes” may be inserted into the wall of an adjoining room; and parabolic microphones may be directed at speakers far away to register the sound waves they emit.

Even more sophisticated technology permits the Government to intercept any telephone, telegram, or telex communication which is transmitted at least partially through the air, as most such communications now are. This type of interception is virtually undetectable and does not require the cooperation of private communications companies. Techniques such as these have been used, and continue to be used, by intelligence agencies in their intelligence operations.

Since the early part of this century the FBI has utilized wiretapping and “bugging” techniques in both criminal and intelligence investigations. In a single year alone (1945), the Bureau conducted 519 wiretaps and 186 microphone surveillances (excluding those conducted by means of microphones planted on informants).